Skip to primary content
You might wanna think twice about eating all that Halloween candy. Tonight’s creepy story on the 13 Stories ‘Til Halloween short story countdown to Halloween is No Such Thing As Lollywogs by Austin Malone! 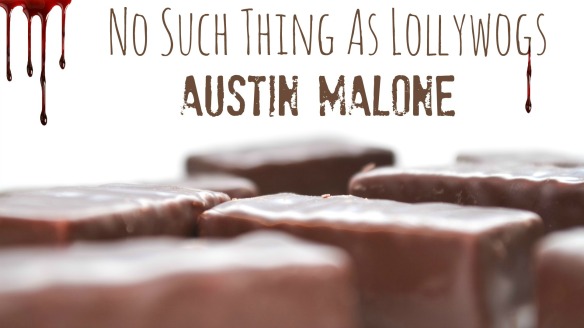 “Do you like chocolate? Well, they do too.
It sweetens the blood of greedy little hogs.
Eat candy at bedtime and they’ll come for you.
You can’t hide from the Lollywogs.”
Scotty glared at his dad. “Nice try, Dad. There’s no such thing as Lollywogs.”
Scotty’s dad had been reciting that tired old poem every Halloween for as long as Scotty could remember. It scared him when he was little, sure, but he was eleven-and-a-half now.
“Besides,” Scotty said, holding up the candy from his plastic Jack-o-lantern bucket. “It’s one Tootsie Roll. Eating one Tootsie Roll doesn’t make me a greedy little hog.”

1 thought on “No Such Thing As Lollywogs by Austin Malone”