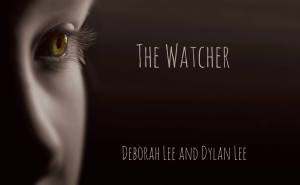 Dustin did have a life at some point, but if you ever asked him, he wouldn’t be able to tell you much about it. See, he didn’t have many friends. He kept to himself. He was too afraid to put himself out there, risking his heart. He always wanted what others had, but was never really happy. Being a ghost, Dustin now longed for a chance to change things. He wished he could be who he should have been, and stand out instead of always trying to find purpose in someone else’s life or dream.

Dustin hid in the shadows and corners. He followed people and watched them as they lived out their lives. “I wish I had friends like that,” he would say to himself. He watched boys playing ball together, and how they would choose their teams. Sometimes, Dustin would float onto the field with the boys as they played and he would pretend to play with them — pretend they were his friends. “I’ve got it!” he would yell as he dashed to catch a pop fly, almost forgetting he wasn’t really a part of the game. It felt good for a little while, but then the game would end, and everyone would go home, then the little ghost Dustin was all alone.

At night, he’d watch through windows while kids had dinner with their families. He listened as bedtime stories were told, and wish it were him getting tucked into bed. “Ugh! I wish my life could have been different,” he would say with a sigh.

Each day, Dustin would travel to different places just watching and listening to the children. He visited the school, and pretended he too was part of the class. Sometimes he would spend the whole day there, among all the other kids. Learning, going to art and science, and recess. He pretended what it would be like if he were there too. At lunch he would sit and listen to the kids laugh, and talk and act like they were his buddies. He would even tell jokes and stories, although no one ever laughed at his jokes or heard his stories. After all, he was still a ghost.

On the weekends, Dustin would visit the lake, or following around the boys as they played, went fishing, had sleepovers, and played pine cone wars in each other’s yards. He loved being a part of this group, laughing at them, playing along beside them. He got so wrapped up in following them and pretending to be in their world, that he often forgot that he wasn’t one of them.

One day Dustin saw a little boy sitting by himself on the porch of an old country store. He looked sad, and Dustin wondered what might be wrong. He stopped to check him out. Dustin watched as the little boy sat on a bench and cried. A few moments passed and an angry man left the store holding a paper bag with the shape of a bottle inside. The man jerked up the boy by his collar and yelled at him. “Get your butt up from there boy! You stupid child!”  He shoved the boy and smacked the back of the head before they started to walk away.

Dustin didn’t like the way the man treated the little boy, who looked so scared. He followed them as they walked away. As they arrived at their house, Dustin saw the man drag the boy inside, yelling at him. The man ordered the boy to do many chores, and the boy did them. If things were not done properly, or something was out of place, the boy got yelled at more. “You can’t do anything right, you good for nothing piece of dirt! I don’t know why I put up with you!”  Dustin didn’t like the way this made him feel, so he left. But the boy was the only thing he could think about all night.

The next morning, Dustin returned to the house to see the boy, who was walking all alone to school. The boy seemed to stay back from the other kids. He sat in the back of the class, didn’t try very hard on his school work, and never played with anyone at recess. He just sat around watching others, always to shy or scared to get involved or make friends. Dustin followed him home after school, and watched as the boy tried to stay out of the man’s way. The boy would just sit in the corner in his room, and daydream until he fell asleep. Dustin wished he could help him.

Dustin decided that he wanted to do whatever it took to appear to this little boy, even if it meant for only a moment, or that he would never be able to watch the other kids ever again.

So that night when he went home he approached the “Elders”.

The Elders were the older ghosts, who looked after the younger ones — telling them what was and wasn’t allowed in the “ghost” world. Dustin had never approached them before because even in his ghost life he’d been too busy following happy, living children he wanted to be like instead of meeting anyone like him.

There were six elders. They varied from different times and places on earth. There was Mort, Stephen, Yar Yang, Clara, and Ruth. Dustin visited them and told them his story – pleading with them to allow him to break the rules to appear to this boy. “Please!” he begged. “I need to speak to him. I need to tell him that life is better than what he thinks it is. You see, I lived that life. I was made fun of, beat up, and pushed around. I was the outsider. I felt alone and no one liked me.  I can’t let this happen to him!” At first they were hesitant but they continued to listen to Dustin’s story and felt sorry for him as they felt Dustin’s pain through the story of this boy. They could feel the physical pain Dustin felt, and the empathy he now felt for this young child.

“We will allow it,” Ruth said, “but… you will never be able to watch anyone, or hear anyone, or follow anyone from the living world again. You will be nothing but a ghost of space, like the wind in an empty room.”

Dustin didn’t care and he agreed. If it meant he could help this boy, he wanted to do it.

Later that night, while the man slept and the boy cried in his room, Dustin appeared to the boy. He told him about his own life and struggles. How he was picked on, and pushed aside. How he needed to tell someone about his dad so he could find some peace, and learn to try and to grow. He told him no matter how hard life seemed to be that it was still worth living and making the most of it. That there were people out there that would touch the boy’s life. He told the boy, “Don’t give up.” The boy listened to Dustin, and they talked for a long time. The boy began to cry, but he thanked Dustin for visiting him, for he now saw hope.

Suddenly, a gust of wind came out of nowhere. Dustin and the boy were confused. “What is that?” the boy asked, puzzled. The boy’s bed started to shake, pictures fell off the walls. The boy was very scared. “What is going to happen to me?” he cried.

Dustin assured him everything was fine. “It is my elders. They are here for me not you. Do not worry.”

Another figure appeared in the corner of the room. The boy tried to focus on it, but no matter how hard he tried, it seemed to just be a blur of white. Then they heard a voice. “Dustin,” the voice called.

“Yes Ruth,” Dustin replied. “I know what must happen now,” Dustin told her.

Ruth spoke very strong, yet quiet to Dustin. “Because you have put another beings’ interest above your own and shown that you would sacrifice yourself for the well being of another, we have decided that we will give you another chance.”

“What?” Dustin questioned. “You mean I will still be able to watch all of the people? I won’t have to go into the nowhere place?”

Ruth looked at Dustin and smiled. “No, honey, another chance at life.” And before anyone could say anything else a tornado of wind circled the room… and with a loud clap of thunder and a flash of light — Ruth was gone.

Dustin sat, confused for a moment. Then he looked at the boy, who was sitting with his mouth wide open in awe. “It is ok,” Dustin told him. “They are gone. You do not have to be afraid.”

“I’m not afraid,” the boy replied. Then he pointed at Dustin. “You’re different. I can’t see through you anymore,” he told Dustin. “It’s like, like… You’re real!” The boy reached his hand out and touched Dustin. “I can touch you, you are real!” the boy yelled.

Dustin jumped up and looked into the mirror. He saw himself, and he was a real boy! He cried with happiness. Then he sat down, reached out his hand and said, “Hi, I am Dustin, It’s nice to meet you.”

The boy smiled. “Hi Dustin, I’m Sean, Nice to meet you too!”

New found friends, the boys talked until they fell asleep.

Over the next few days, Sean told the police about his father, and his father was arrested. The cops found and reunited his mother and Sean. He told his mother what Dustin had done for him. She was so pleased and grateful; she adopted the boy as her own son. The boys grew up, happy healthy and had a bond that no one could explain.

Dylan Lee is a thriving 6 year old boy with a great imagination. He loves reading, riding his bike and playing with his friends. He likes to draw and come up with stories all his own. He enjoyed helping his mom with this short story

Deborah Lee is a wife and mother of two.She writes music and poetry, and decided to attempt a short story with her son. She hopes to one day write a stories based on a troubled past.

3 thoughts on “The Watcher”